I’ve been craving lots of vegetables lately, and one of my favorite ways to eat them is to roast them. I wrote this recipe with the hopes that you’ll use it as a guideline, as it changes every time I make them. This recipe is all about adding what you like and leaving out what you don’t. I love heading to the Farmer’s Market this time of year and schlepping home all of the fresh veggies. You can usually find the squash and root vegetables on sale now at your supermarket as well. Use whatever looks the freshest and tastiest. 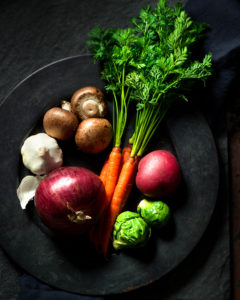 There are a couple of different ways to roast your vegetables. I usually start by adding the vegetables that take the longest to roast and add the quicker cooking vegetables later, stirring after each addition. Be sure to leave space around the vegetables so they roast instead of steam! If you’re making a really large batch like I did for a groom’s dinner, you’ll want to roast the vegetables individually on separate baking trays and combine them together afterwards. 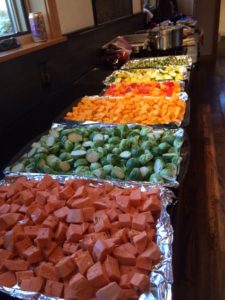 For even roasting, you will want to chop the vegetables so they’re about the same size. They can be prepared the night before and stored in plastic bags and refrigerated, so you’re able to get dinner on the table a little quicker. They taste amazing drizzled with a little balsamic vinegar! Enjoy some delicious vegetables this weekend! 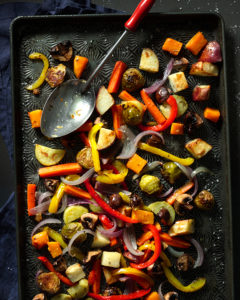 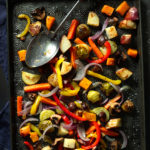 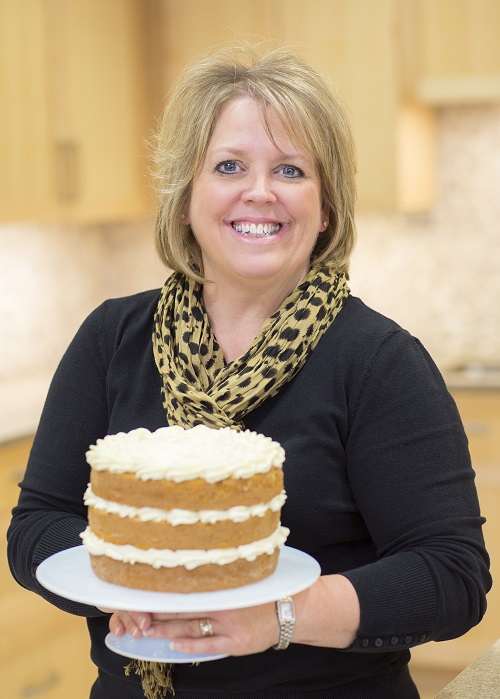